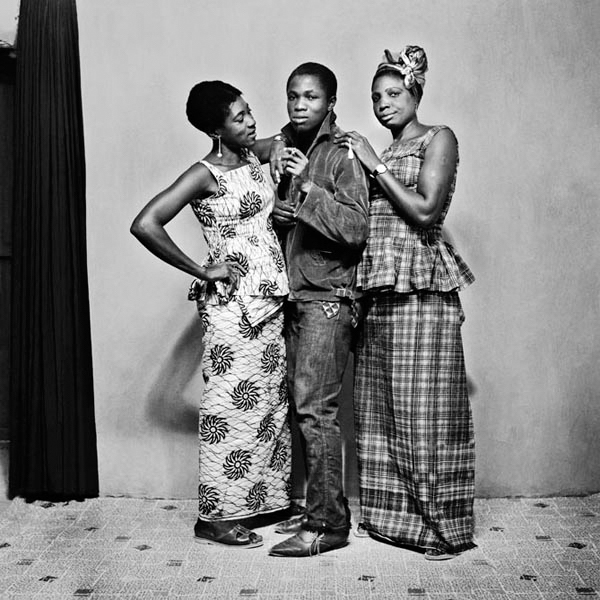 FIFTY ONE TOO is proud to present: ‘Studios d’Afrique’ with photographs by the Malian photographer Adama Kouyaté. Since the 1990s, Kouyaté has been shown in many group exhibitions worldwide, alongside his contemporaries such as Malick Sidibé and Seydou Keïta. A selection of photographs from his publication ‘Studios d’Afrique’ (Editions Gang) will be presented for his first solo exhibition at the gallery. 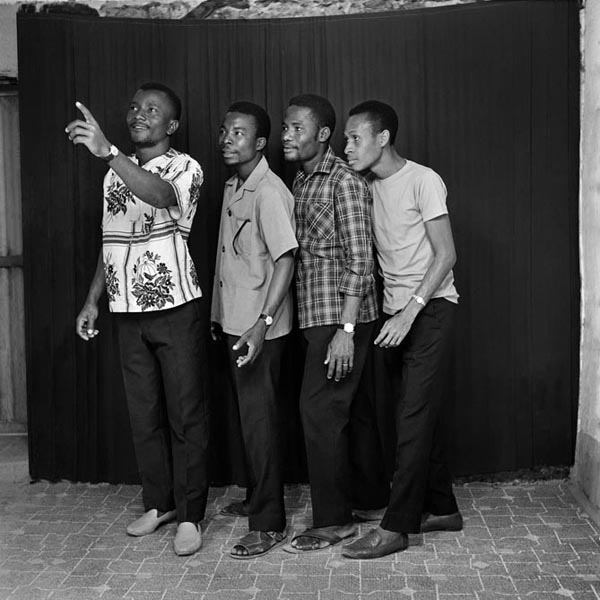 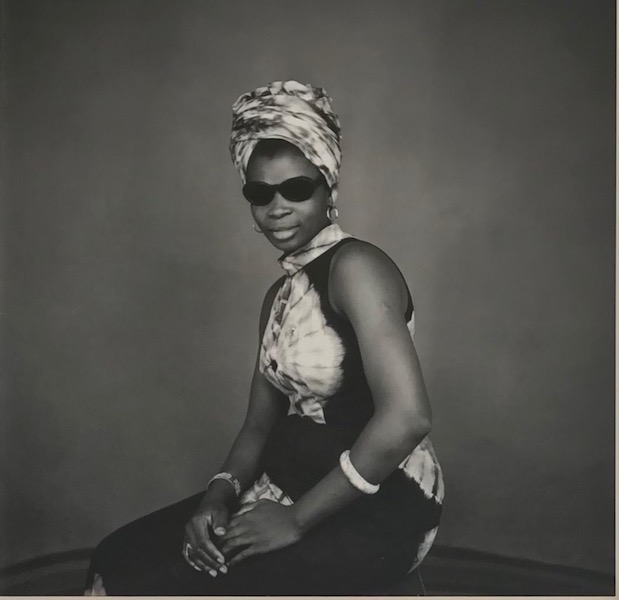 In the hope of finding an employment, the seventeen-year-old Adama Kouyaté decided to leave his little town in southern Mali for the great capital of Bamako. Working as a shoemaker and a driver for a few years, the young man asked the pioneering Malian photographer Bakary Doumbia to take a portrait of him and his girlfriend on Christmas Eve 1946. Struck by the beauty of the photograph afterwards, Kouyaté decided to become a photographer himself.

Kouyaté started his photographic career as an apprentice for masters such as Bakary Doumbia and Pierre Garnier. In 1949 he founded his very own studio in the village of Kati, close to Bamako. After ten years of earning his own income from mainly making studio- and wedding portraits, the young photographer left Mali for Ouagadougou and Bouaké in Ivory Coast. It was only after 1969 that he decided to return to a village north of Bamako to continue his photographic studio business. 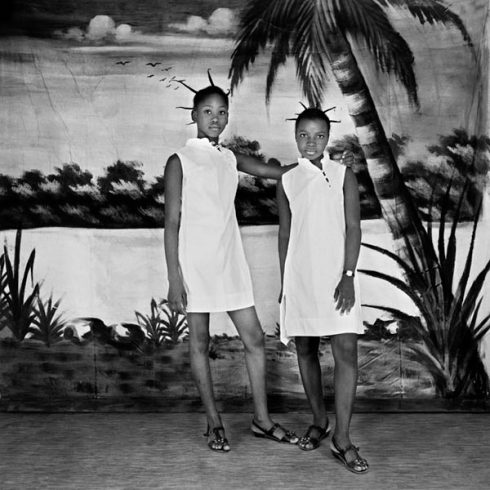 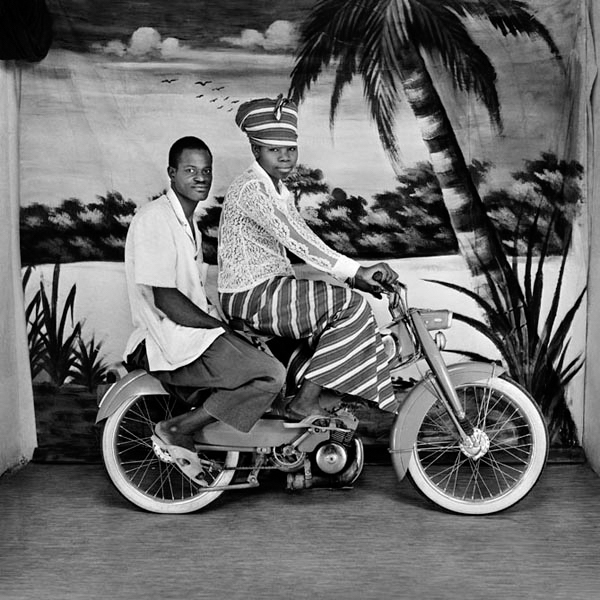 Adama Kouyaté is part of a generation of native pioneers that was able to catch the energetic atmosphere of a carefree society. His black and white portraits reproduce the Malian urban lifestyle in his studio, by attracting groups of youngsters, couples and women of Bamako in the late sixties and seventies. People who did not possess a camera, came to the studio to capture important moments of their lives, or simply to keep a trace of it. Kouyaté’s studio (which was basically a small storage space) was equipped with only two studio lights and simple backgrounds, sometimes with painted palm trees on it. By laying out accessories such as radios, LP’s, watches, cigarettes or letting his customers pose on a scooter, the photographer created an artificial stage referring to a modern, forward-looking life. His photographs make us travel back in time, where the objects reveal the western influences of that period.

Kouyaté was only discovered by an international public later in his life. Since the 1990s his work has enjoyed a worldwide recognition. Until his death in 2020, he continued to work with the same Rolleiflex camera at ‘Photo Hall d’Union’, his studio which remained the same ever since 1969. 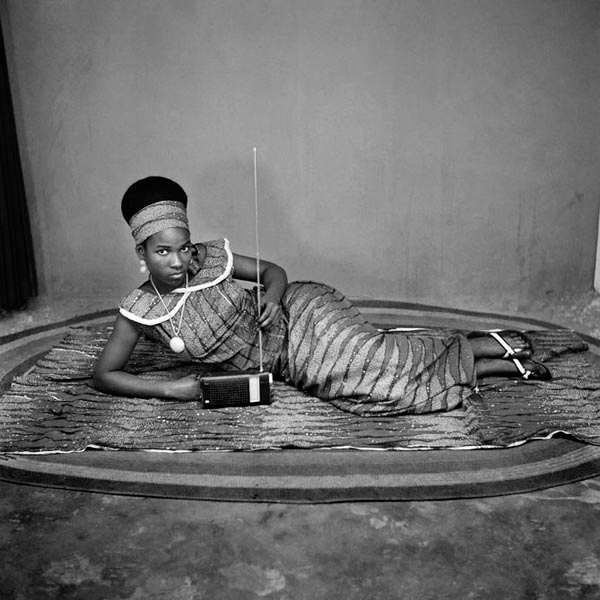 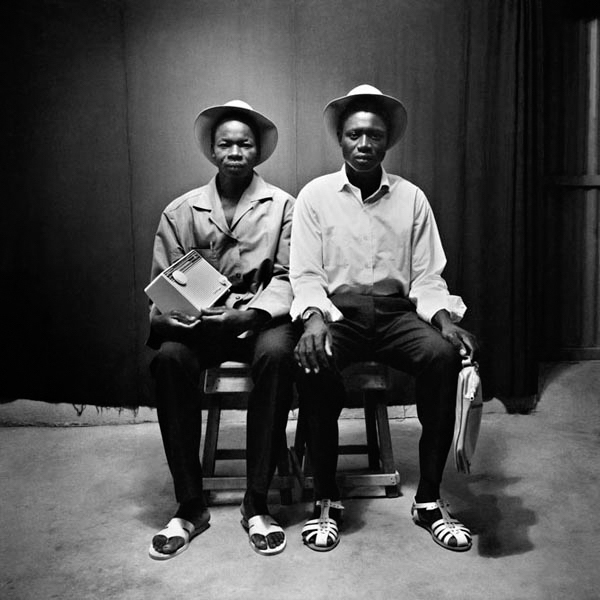 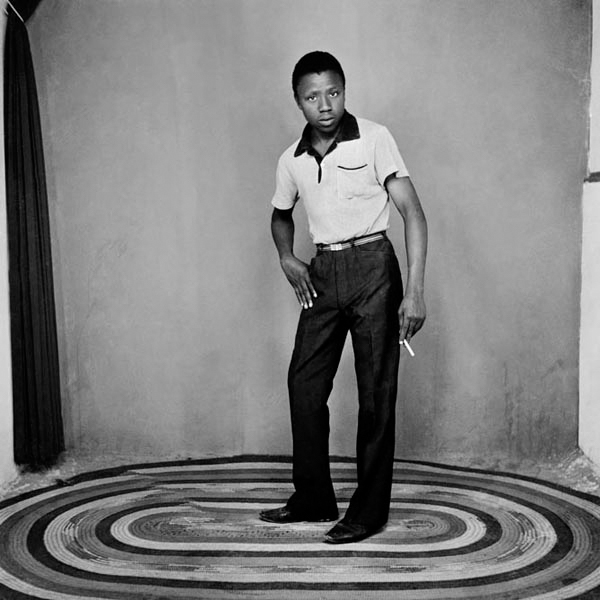 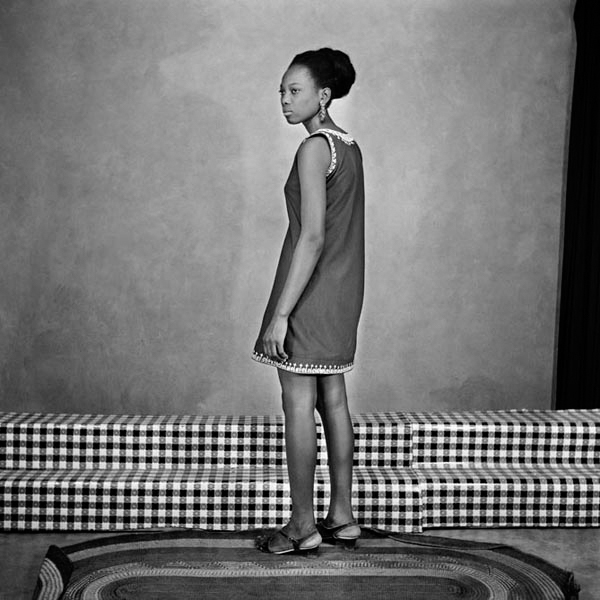 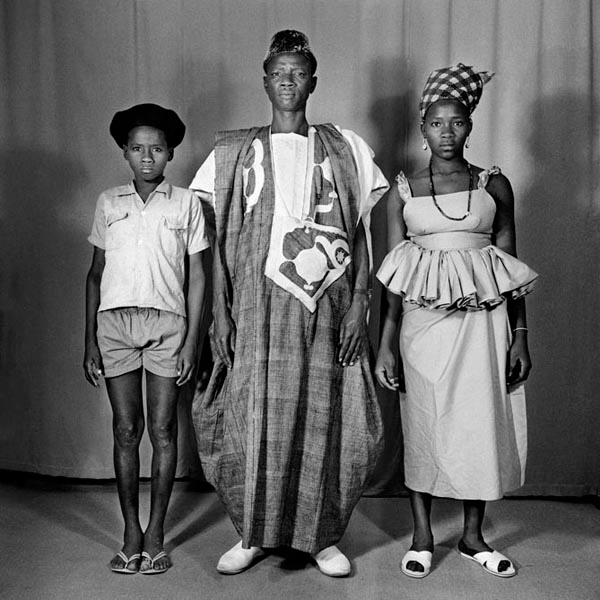 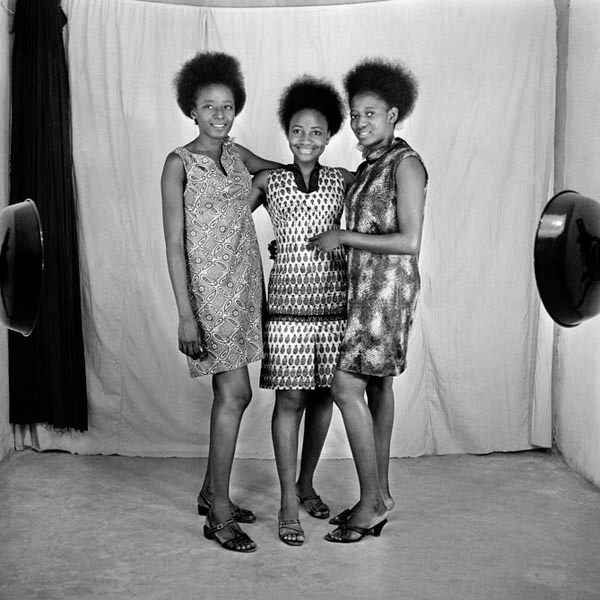 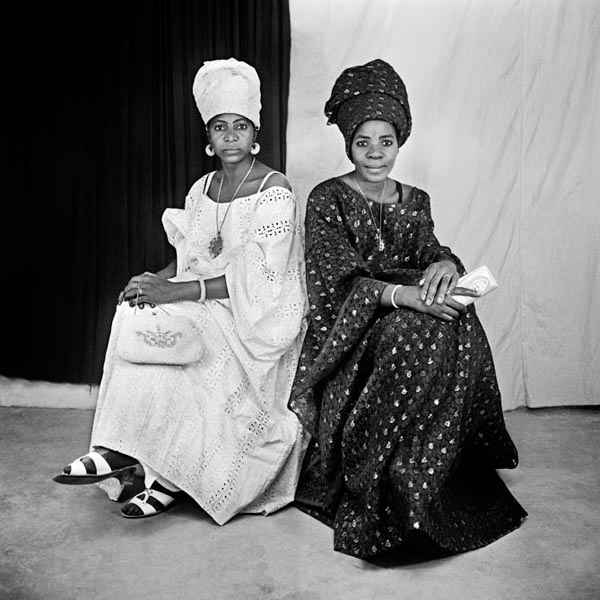 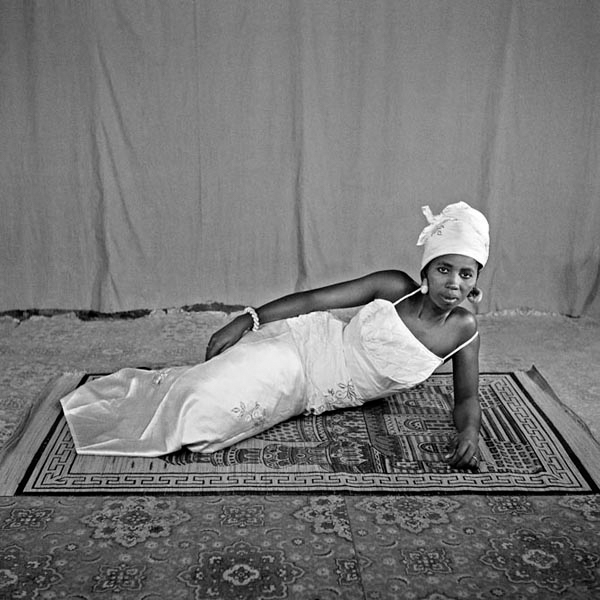