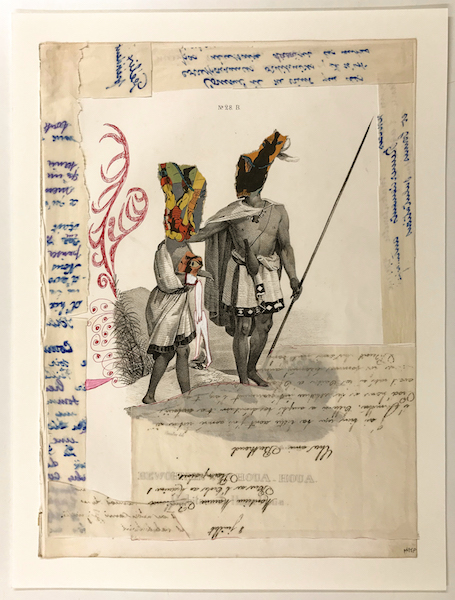 An exhibition in collaboration with Gallery MAGNIN-A.

Entrance to the gallery is free.

FIFTY ONE TOO is honored to present a duo exhibition of Frédéric Bruly Bouabré and Marcel Miracle. Just like Arpaïs Du Bois in Galley FIFTY ONE, the oeuvre of these two artists is characterized by a combination of image and text and a rapid working method. Each in their own way, they seek a way to define and shape the world around them, may this be in a descriptive, poetic or ambiguous way. Their capacity to pin down the big and small things that color human lives, may move and surprise the viewer, causing a smile of recognition.

The Ivorian artist, writer, poet and inventor Frédéric Bruly Bouabré (1923-2014) is mainly known for his ‘Connaissance du monde’; a collection of more than a thousand colorful drawings surrounded by a textual border on postcard format on which he started working in the 1970s with the intention to record and preserve the collective knowledge and history of his native people, the Bété. For this goal, Bouabré also created his own alphabet – ‘écriture africaine’ as he called it – which he used to transcribe the oral tradition of his people. He envisioned it to spread over the rest of the world, becoming a universal language that unites mankind.

Bouabré’s calling to preserve and transmit the knowledge of his natives, followed a ‘magnificent sunlit’ vision he had in 1948, after which he became ‘Cheik Nadro’; ‘he who does not forget’ or ‘the revealer’. From then on, the artist devoted himself to research into the fields of arts, traditions, poetry, tales and legends, religion, aesthetics and philosophy. On his postcard drawings, Bouabré documented, codified and archived this knowledge by the creation of symbolic images handling a diversity of subjects, such as people and places, messages, objets and sounds – topics that were mostly drawn from local folklore, but also from his own visions. By means of his direct and naive drawing style and often interlaced with wry humor, Bouabré’s visual encyclopedia comments in an unparalleled way both on his immediate surroundings and experiences as on the wider world and its universal knowledge.

Just like Bouabré – who usually only worked with ballpoint pen and colour crayons – Marcel Miracle (born as Marc Magnin in 1957 in Madagascar, French and Suisse nationality) also uses very modest materials. Miracle’s artist name is created out of an anagram of his initials together with the French word for rainbow: ‘arc-en-ciel’. This enigmatic name – given to him on his native island Madagascar – perfectly fits the oeuvre of this quirky self-taught artist, that includes both small scale collages, as drawings in ink and color pencils, notebooks, texts and poems. As a starting point, Miracle uses an extensive collection of small, insignificant objects – such as broken shells, shoelaces, rubber tires, rusty pieces of iron, old bottle caps, paper fragments, etc. – that he finds during daily life or on his wanderings in the Tunisian Sahara (where he spends much of his time). Guided by chance and accident, he recycles these objects of various origins into small works that can be considered as three-dimensional poems. 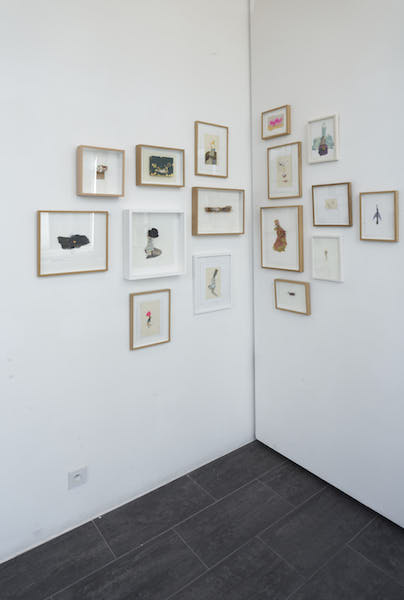 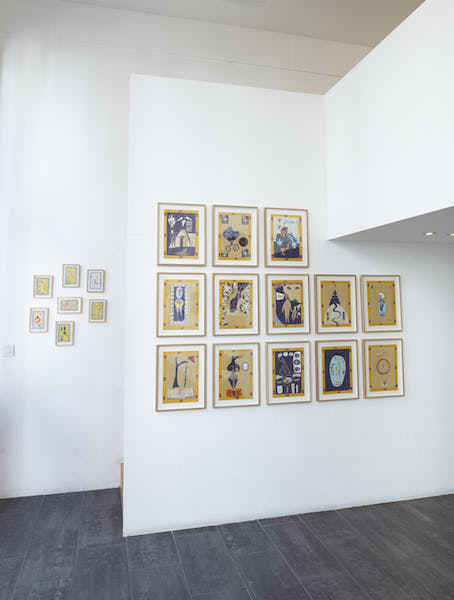 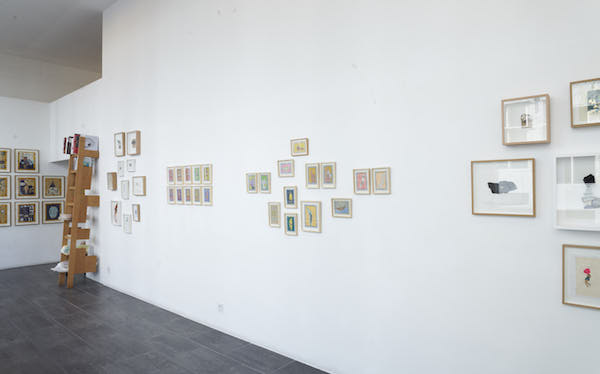 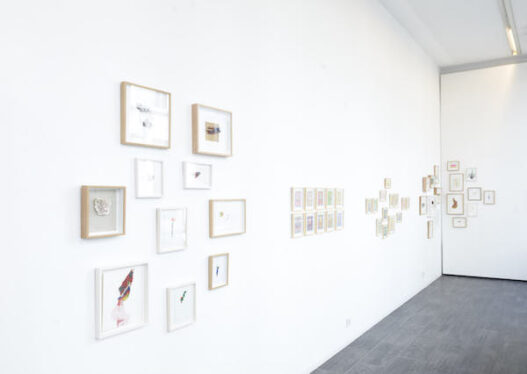 Selection from the exhibition. 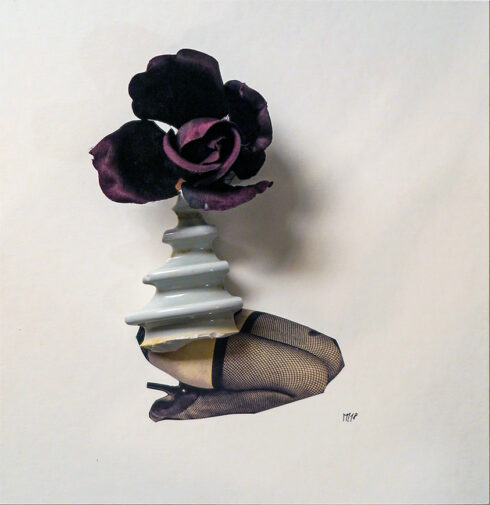 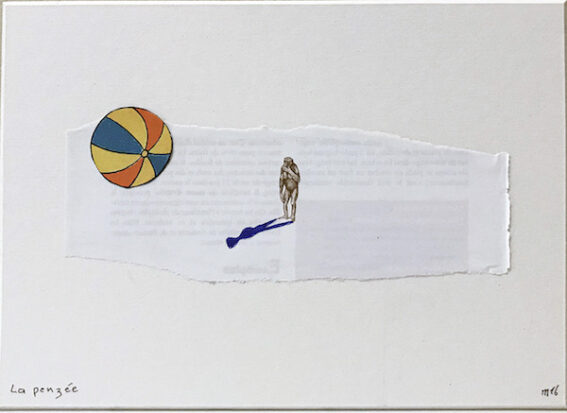 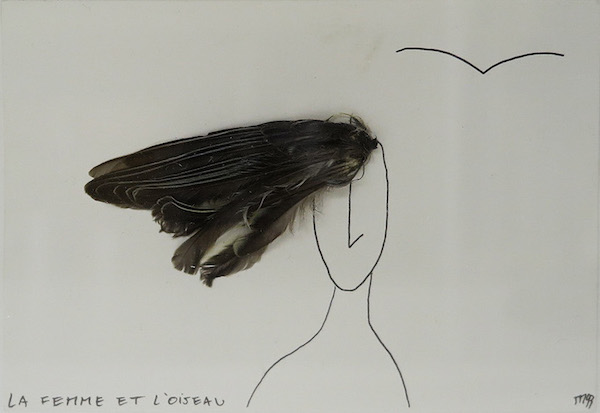 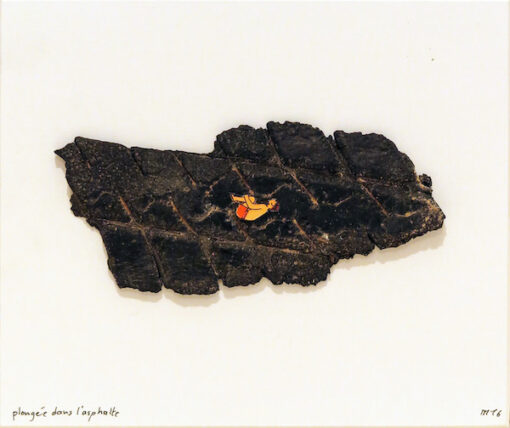 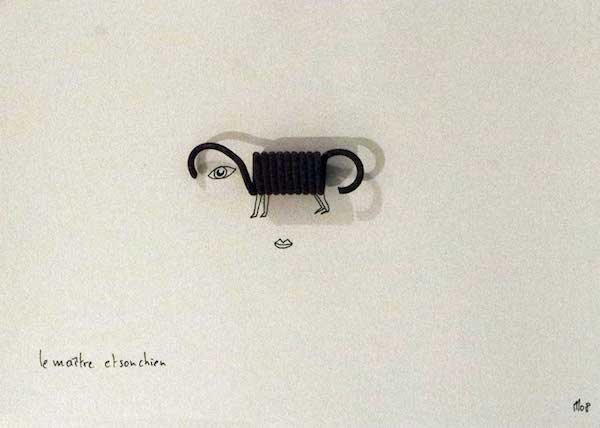 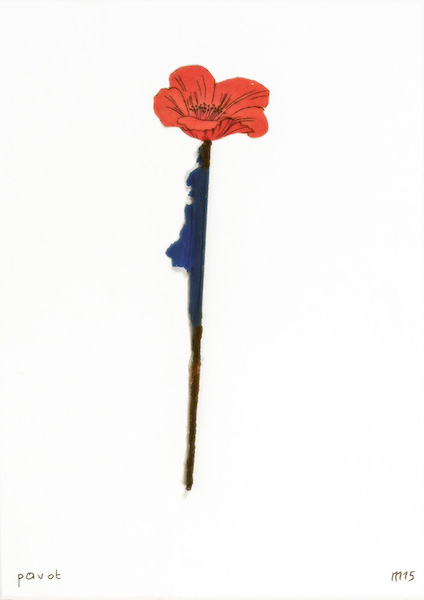 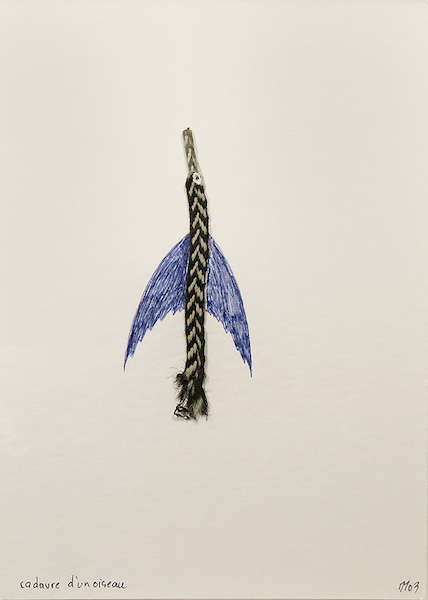 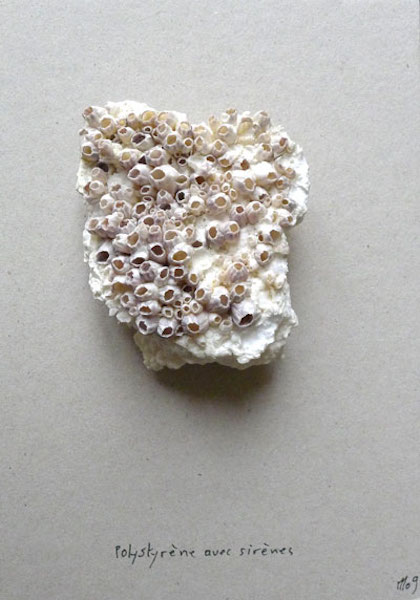 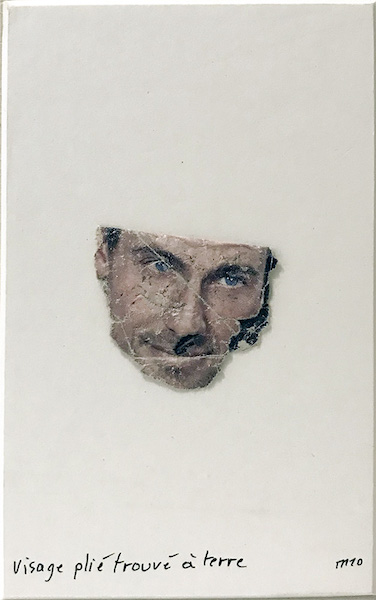 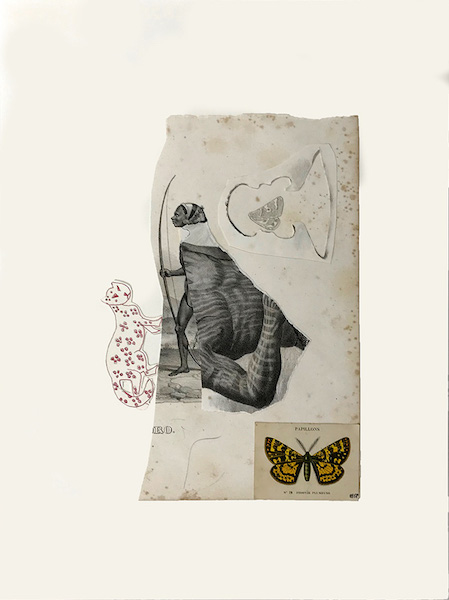 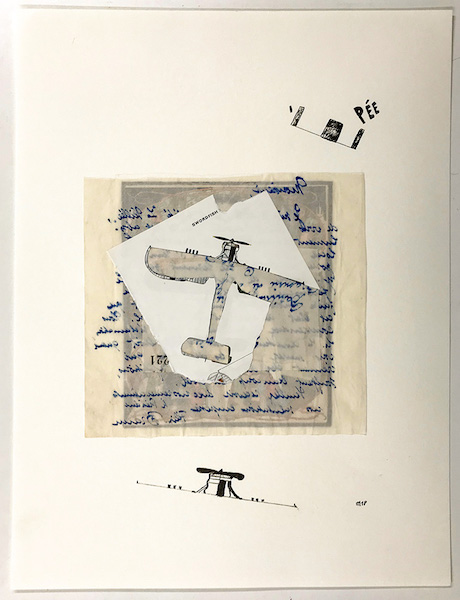 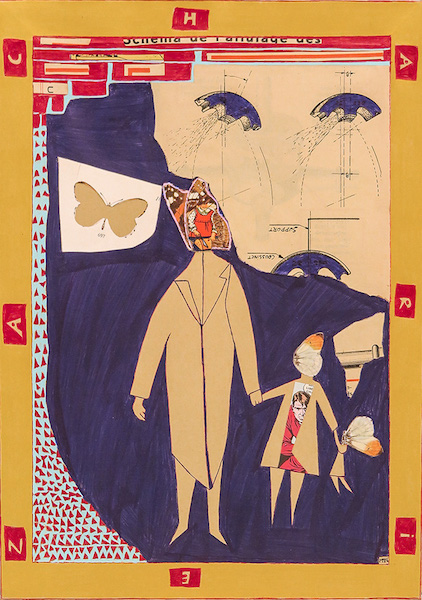 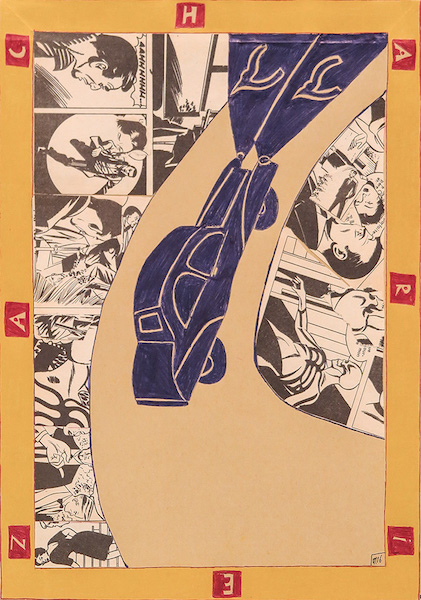 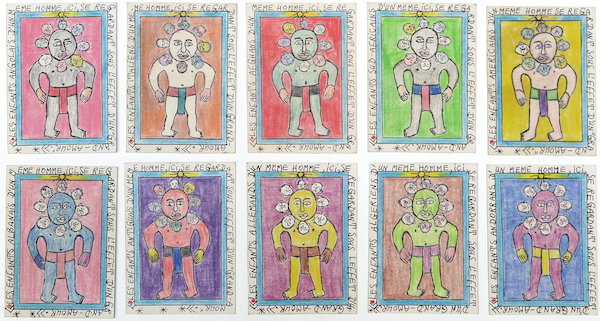 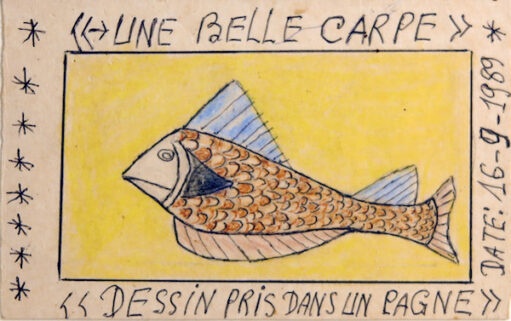 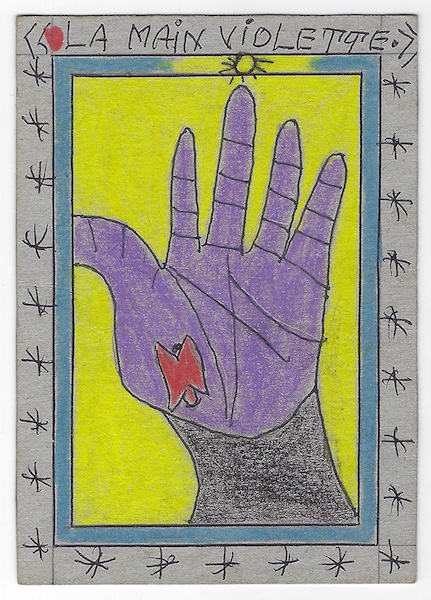 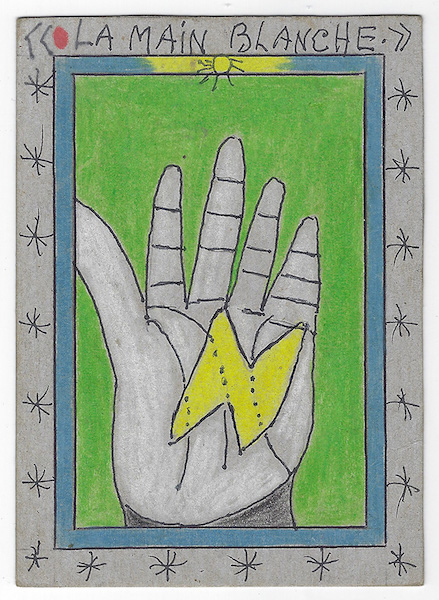 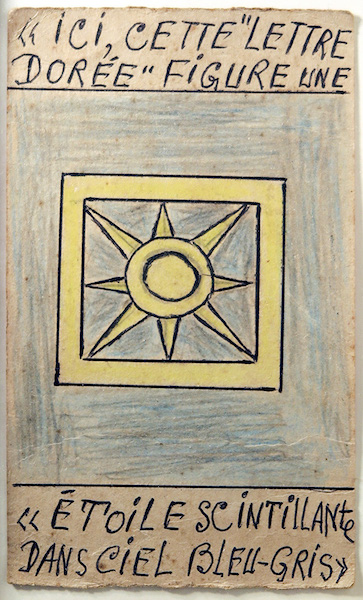 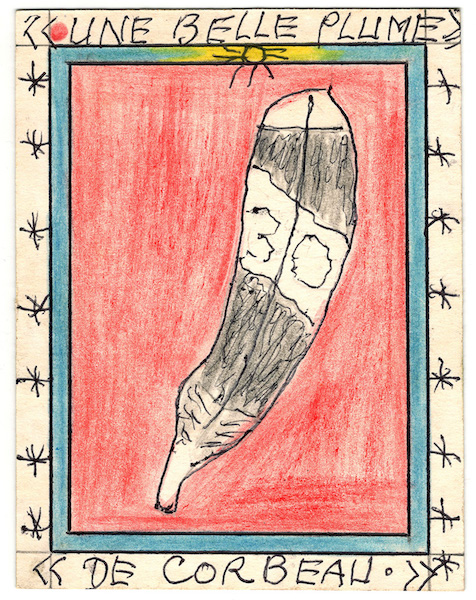